Identification of the larvae of common European Lucanidae

There are just a few species of the beetles of Lucanidae family found in Europe, with the biggest one being European stag beetle, Lucanus cervus cervus. The species of this family which can be found in the United Kingdom are Sinodendron cylindricum (sometimes called Least Stag Beetle), Platycerus caraboides and Dorcus parallelipipedus (Lesser Stag Beetle). Apart from the European and lesser stag beetles, the other two do not look much as stag beetles since their males do not develop impressive mandibles. Although the larvae of the Lucanus cervus is considered polyphagous and often found feeding on decaying roots of garden trees or rotting fence posts, their typical food source is normally associated with decayed wood of hardwood trees such as oak or beech. Despite the fact that the stag beetle's larvae occasionally found above the ground, e.g inside of heaps of decayed woodchips,  their larvae is usually live underground in their natural habitat. Similarly, sinodendron cylindricum larvae is also usually found in decayed oak or beech wood.  In contrast the lesser stag beetle larvae also can be found in decayed wood of various deciduous trees, often in logs above the ground and often in big numbers. In our South London area I often find these inside of decayed poplar logs above the ground, and normally adults beetles can be found in the same rotten log with the larvae. 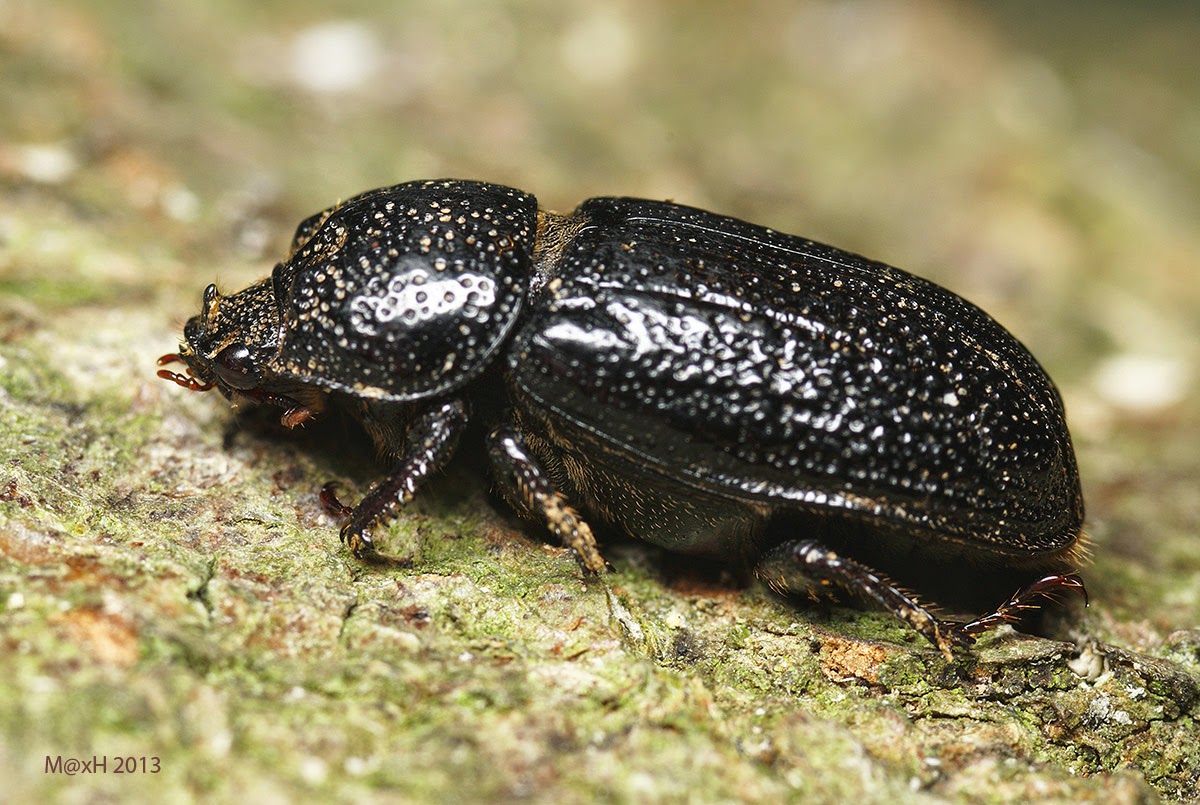 The least stag beetle, Sinodendron cylindricum, despite that it belongs to the lucanidae family, looks more like a rhino beetle.  The photo shows a (dead) female of the species which was found in Mitcham park in South London. 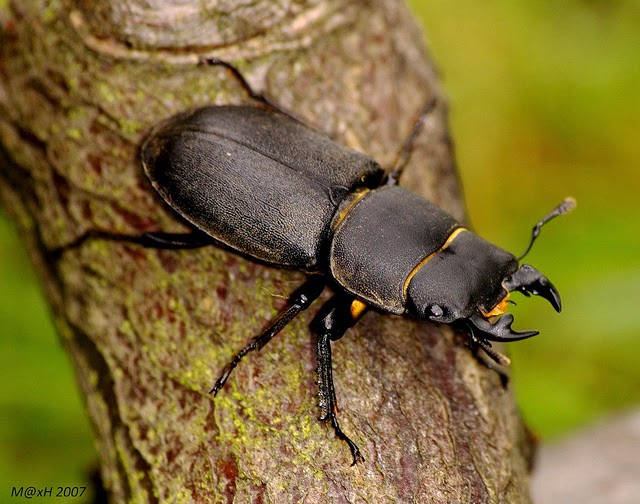 The lesser stag beetle, Dorcus parallelipipedus male looks as a smaller version of the minor male of lucanus cervus cervus.

Obviously it always interesting to know what lucanidae species is the larvae that you found.  However, because the larvae (particularly the smaller one) of all lucanidae look pretty much the same, it is very difficult to determine to which species the larvae belong to. This is particularly applicable for the dorcus parallelipipedus and lucanus cervus cervus, as the late L3 larvae of the DP could be as big as early to mid L3 larvae of the LCC. Considering the fact that DP is an abundant widespread species and normally live in the same areas as LCC this could be quite an issue.  However, apparently it is still possible to identify the larvae of the common UK's lucanidae by comparing the shape of their last (terminal) segments. Here I came across the diagram published by T.E. Leiler in 1950 which could be useful:)